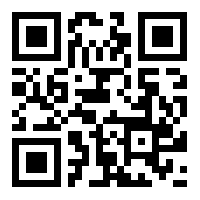 One of the New 7 Natural Wonders of the World

Iguazu Falls are located within the Iguazu Falls National Park, a protected area over 67,720 hectares (167.34 acres) on the Northern border of the Province of Misiones, Argentina. The Park comprises a series of 275 waterfalls at the heart of the Paranaense Rainforest, located 17 kilometers (10.5 miles) from the Iguazu River feeding into the Paraná River, where the Argentine, Brazil and Paraguay borders meet, and where the cities of Puerto Iguazu (Argentina), Foz do Iguaçu (Brazil) and Ciudad del Este (Paraguay) face each other.

You can purchase your ticket at the entrance of the Park in cash or credit card. CLICK HERE

To benefit from 50% off the second day, you simply need to validate your ticket at the box-offices at the end of your first-day visit.

ID card or passport is required at the ticket office for your purchase. The address shown in your passport will determine the applicable visitor’s category.

Calculate the total amount of the tickets. The prices are expressed in Argentine pesos.

Note: Tickets can be purchased only upon arrival at the entrance of the Park;

The human presence in the region of the Iguazu Falls dates back to 10,000 years ago.

They are the remains of pottery from prehistoric times on the banks of the Iguazu River.

Álvar Núñez “Cabeza de Vaca” was the first European to reach the fall, and named them as “Saint Mary Falls”.

The Jesuits settled, and formed 30 indigenous reductions in current Argentinian Misiones and Corrientes Provinces, Southern Brazil and Paraguay. They concentrated more than 100,000 inhabitants who grew snuff and yerba mate, and organized their production and sales.

The Spanish crown decided the expulsion of the Jesuits of American lands. Gradually the villages were abandoned, and the jungle covered them.

The Federal Argentinian Government commissioned architect Carlos Thays a detailed survey of the Iguazu River, which was the basis for the law to create the Iguazú National Park.

October 9th: the Iguazu Falls National Park was created by Law No. 12.103. It has 67,720 hectares with the aim of preserving the majestic Iguazu Falls, one of the most important natural phenomena in the world, and the biodiversity that surrounds it.

Iguazu Falls National Park was declared a World Heritage Site by the United Nations Educational, Scientific and Cultural Organization (UNESCO) for the preservation and universal dissemination of its natural and cultural exceptional importance to the common heritage of humanity.

Natural Wonder of the World: On November 11th Iguazu Falls were selected as one of the New Seven Natural Wonders of the World, in a universal ballot organized by the Swiss Foundation New Seven Wonders, altogether with six other destinations in the world: the Amazon Rainforest in South America, Ha Long Bay in Vietnam, Jeju Island in South Korea, Underground River of Puerto Princesa in the Philippines, Komodo National Park in Indonesia, and the Table Mountain in Cape Town, Republic of South Africa.